One of the nastiest US Patent Trolls that State Attorney Generals need to look at seriously! 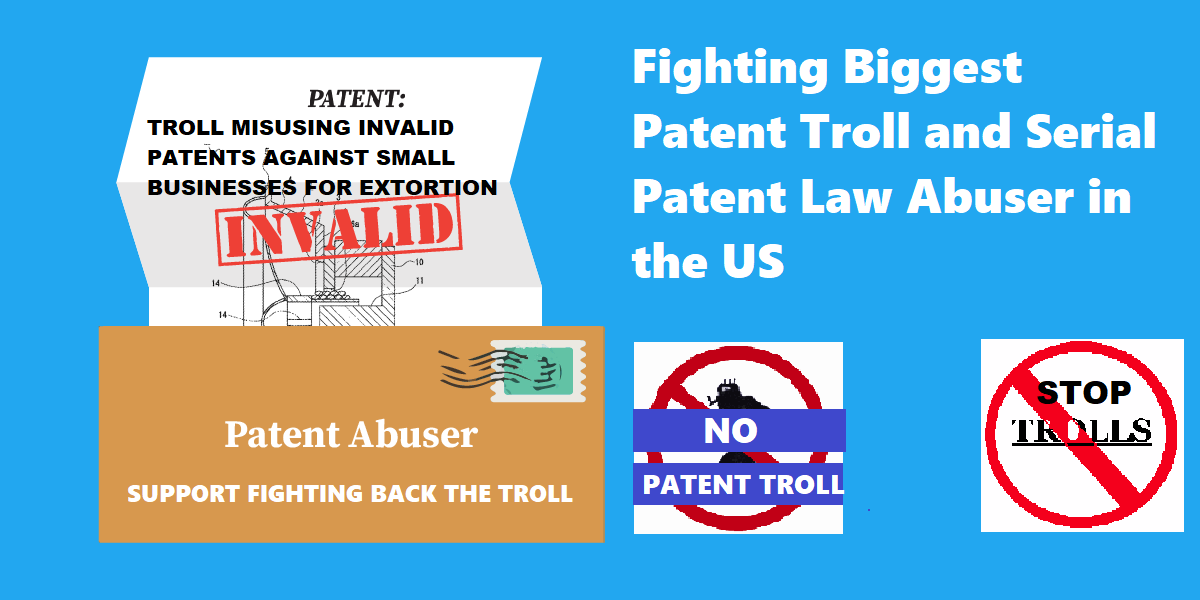 If you are a US start up in the technology sector innovating, you need to not only take care of you business but have to deal with bad guys.  More specifically, you may need to  deal with Patent Troll – Leigh Rothschild. Through his numerous shell companies ( with virtual addresses and no employees), in the opinion of many, he is the biggest and serial abuser of patent laws, and a particularly egregious patent troll targeting US small businesses.

He has created numerous shell companies with no office or employees with the sole objectives to extort money from the small companies with his bogus lawsuits that have no merits. For example his single shell company, Social Positioning Systems has filed 55+ cases so far using a single draft template (except cut and paste of web portions of some irrelevant images) in multiple states in 2021. He particularly targets small businesses only. Courts have found him vexatious litigator, but are helpless due to poor patent laws that allow trolls to operate freely.

It is time Attorney Generals of the US states to stop this misuse of laws by bringing racketeering and extortion charges against troll like Leigh Rothschild. Let us lobby together to state AGs to act!

Last year alone, Leigh Rothschild’s one shell company has filed fifty-five cases in eighteen different federal jurisdictions, all of which assert United States Patent No. 9,261,365 (“the ‘365 Patent”). Plaintiff agreed to dismiss cases before such dismissal motions could be heard. Every defendant ends up spending thousands of dollars in unnecessary  legal fees !

Courts find him vexatious litigator, but are helpless due to Poor Patent Laws that allow Trolls to Operate Freely.

Indeed, in a similar case concerning a patent by the same inventor, Leigh Rothschild, the court found the case exceptional, in part due to the plaintiff’s “vexatious litigation.” Rothschild Digital Confirmation, LLC v. CompanyCam, Inc., 494 F. Supp. 3d 263, 267 (D. Del. 2020). He was made to pay legal fees of defendant, CompanyCam. Thank you to the law team that made him pay for his bogus lawsuits. Rothschild, the plaintiff had filed eleven cases asserting infringement of a particular patent in the span of two years.

The list of his victims is very long. If you are his victim and wish to fight him collectively, please join hands with others. Get membership of Unified patents and Lot Networks to safeguard yourself.

Recently, our company became a victim of  this patent troll and we refused to give up. We fought back and continue to do this day. We will never reward a patent troll – never!. Because  giving money to patent troll  encourages them to go after  other weak victims. Fight with merits and join hands.

As a subject matter experts who have looked at thousands of patent claim charts,  our team is willing to help any one that is ready to take on this Troll. So contact us if you need  technical help. Let’s join hand and defeat all  patent trolls!